Sponsored by Colfax Sportsmen’s Club, the team is always seeking new athletes. Beginners of any age level are welcome. Ability level is not an issue. First through 12 grade students who have the physical, mental, and emotional maturity to participate in a team sport are eligible. College students may also participate, but in their own category.

Scholastic action shooting provides a level playing field for all genders. It focuses on enhancing personal growth and development in a safe and enjoyable team based sport. Fair play, individual responsibility, self-discipline, sportsmanship and personal commitment are part of scholastic shooting sports.

All shooting is conducted under the close supervision of certified coaches and range safety officers, who have passed current criminal history background checks and who are insured by the Scholastic Action Shooting Program (SASP). There has never been a firearm injury in the Scholastic Shooting Sports Foundation’s SASP. The yearly national match is the largest action shooting tournament in the world.

Team activities incorporate two indispensable elements: safety and fun. Safety is part of all aspects of the program. The learning environment of team practices and at competitive shoots is designed to provide enjoyment for all participants. Team members learn the safe and responsible handling and use of firearms. They discover the rewards of contributing to a shared team goal and the commitment that goes along with it. They develop proficiency in a sport that can be shared and enjoyed with family and friends for a lifetime. 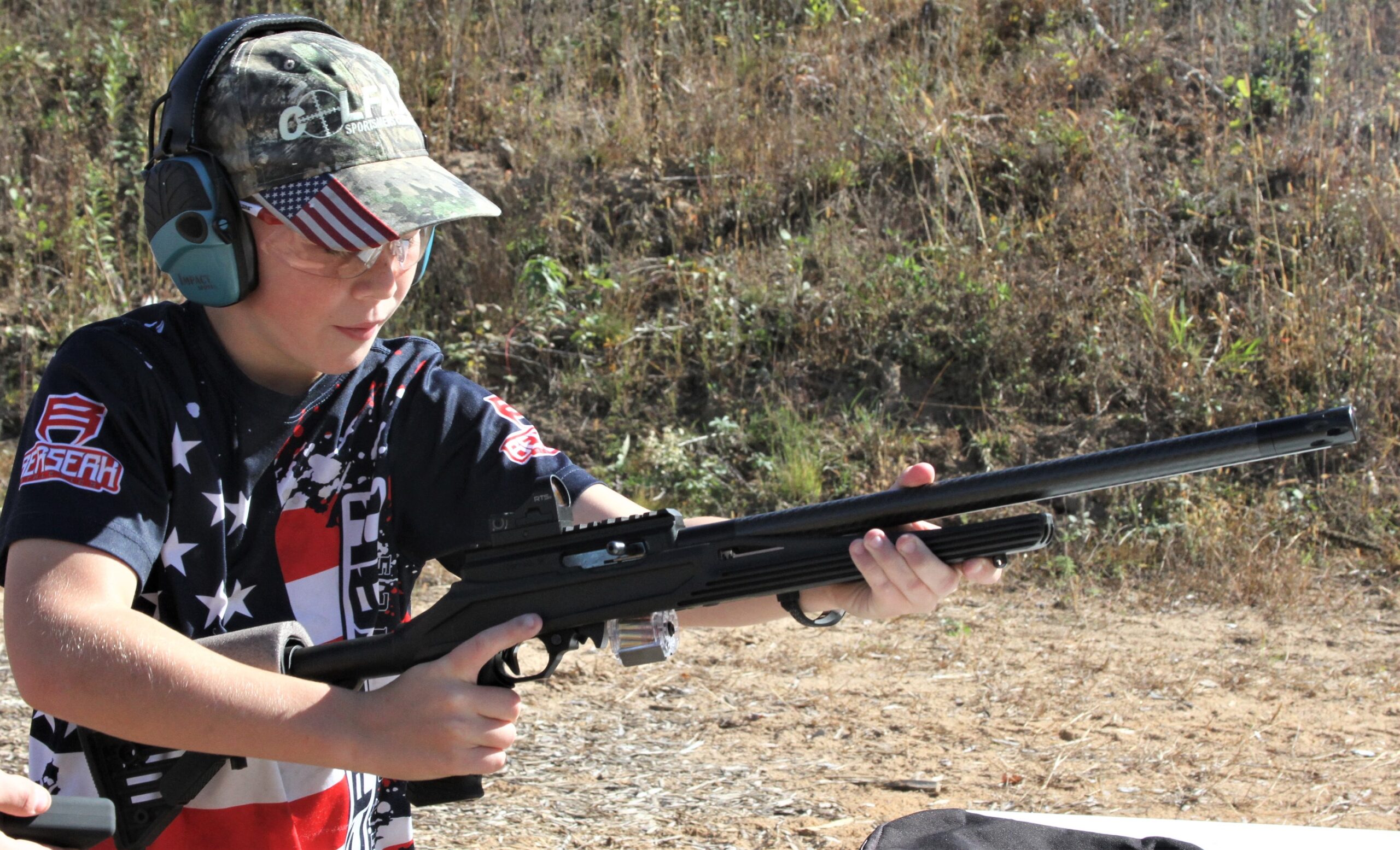 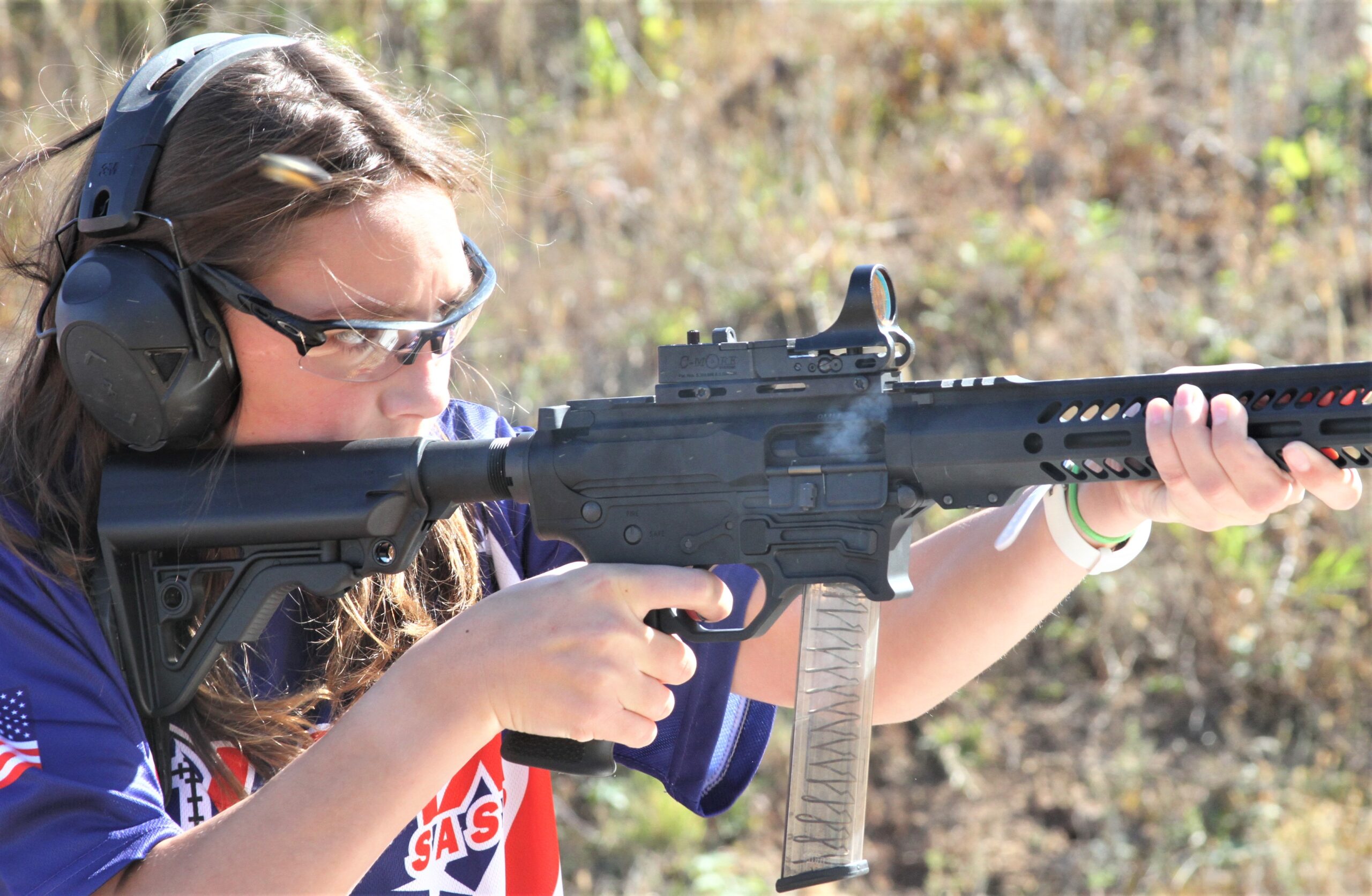 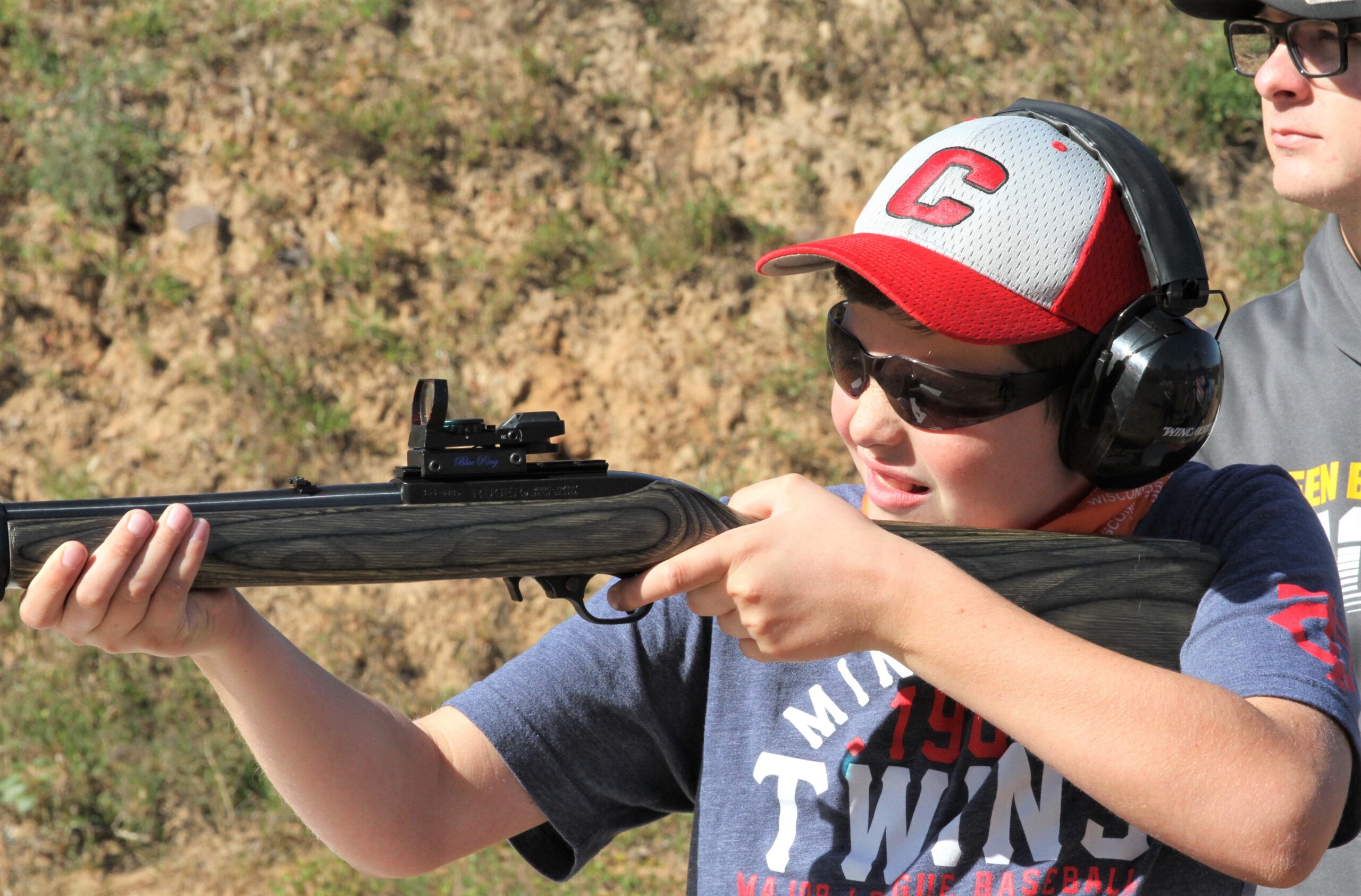 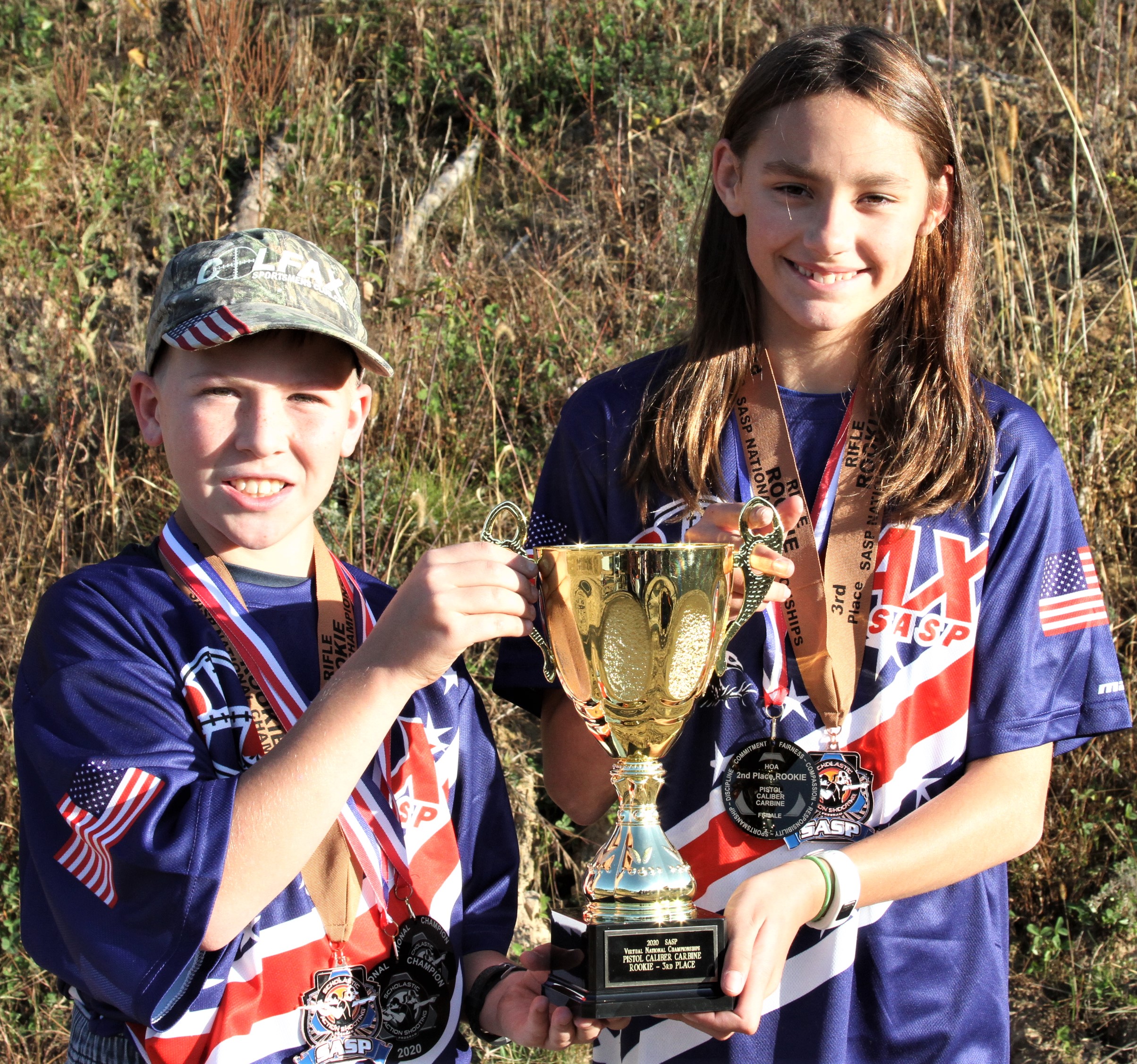 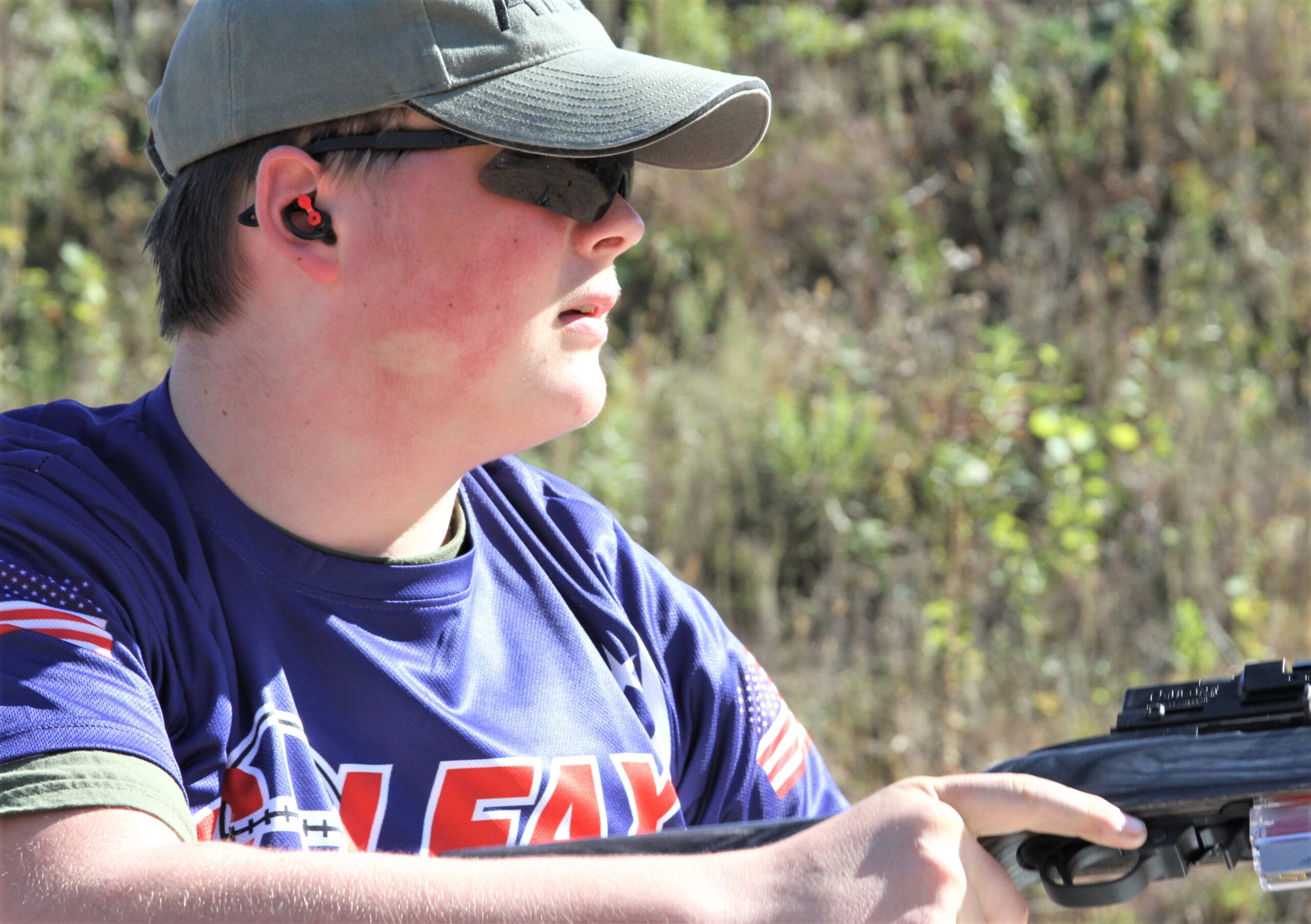 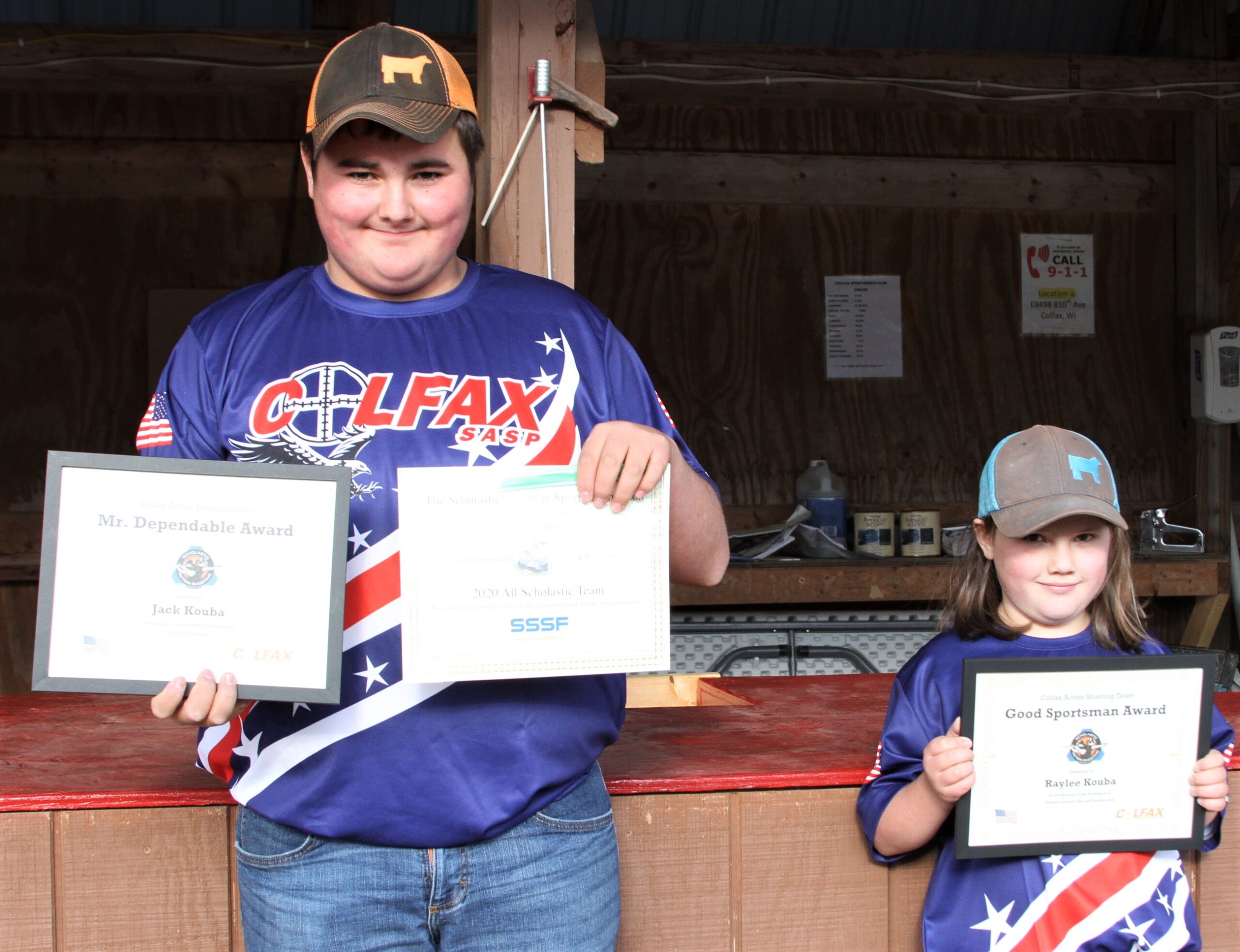 Athletes compete in either rimfire or centerfire divisions, with either rifle or pistol, and with either iron or optic sights. Each stage of fire is composed of five circular and/or rectangular steel plates. At the starting beep the athlete shoots all five plates as quickly as possible. The stage is shot five times and the four fastest times are used for the athlete’s score on that stage. The score of four stages are combined for the athletes individual score for that match. The scores of four athletes squaded together are added up for the squad’s score.

All stages start from the low ready position. Pistols and rifles come to the line with a chamber flag inserted and in a case. They leave the line the same way and stay cased accept when on the line of in a designated safe area with coach.

Practice is typically on Sundays beginning in January and new athletes are accepted into the team for the current competitive season through April. That ensure they make the minimum number of practices required to shoot in state competition. Those who think they may be interested in joining are always welcome to attend a practice.

New members shouldn’t purchase equipment before conferring with the coaches. That helps assure that what is purchased best meets the athletes needs.

For more information on the team, students or parents may contact the head coach:

Colfax Sportsmen’s Club Scholastic Action Shooting Team is registered as a MidwayUSA Foundation endowment team. The endowment site is available for donations to the team. Donations to the fund can only be used to support the team’s youth activities. And just 5% of the endowment money may be withdrawn each year. The team’s endowment identification number is: R7441 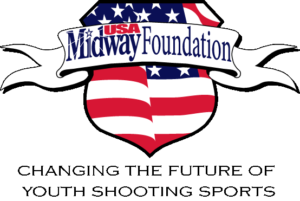 Donations to the team may also be made directly to Colfax Sportsmen’s Club, a nonprofit 501(c)(3) organization. Donations made to the club go directly into the team’s drawing account and 100% is available for team use.

Anyone placing an order with Acme Bullet Company can receive a 10% discount, and earn an Acme Bullet team donation, by putting in the code 54730. 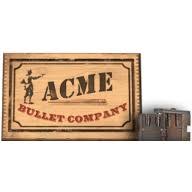